Should LED Light Therapy Be Part of Your Skincare Routine? 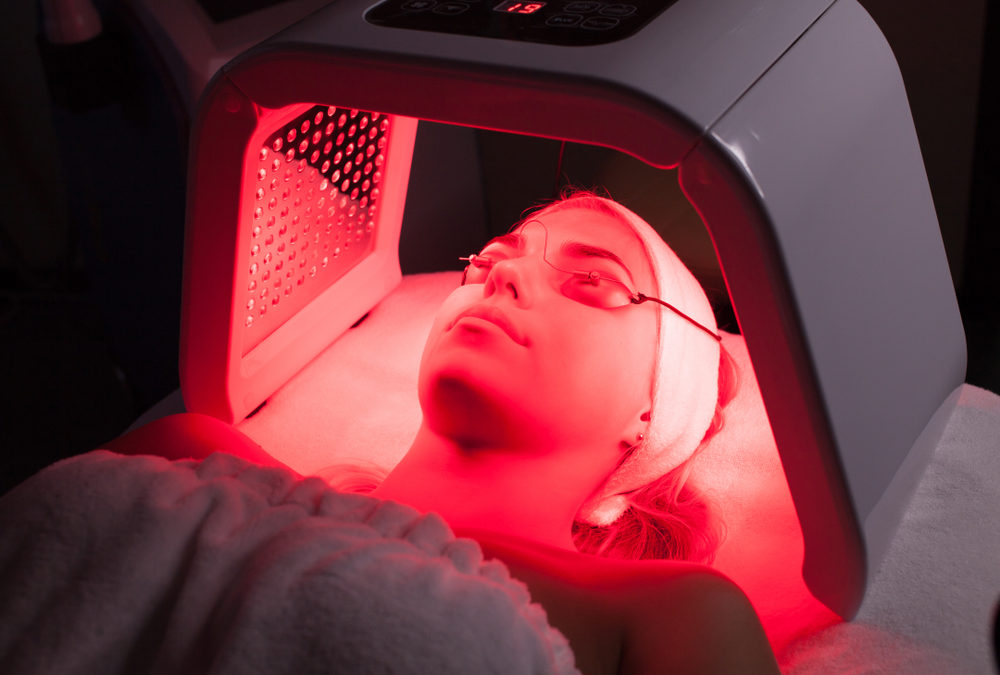 A growing trend among skincare enthusiasts and celebrities alike is the use of LED light therapy to improve skin. If you’ve been wondering about whether it’s something that would benefit your skin, here’s a quick overview of the treatment and the benefits.

What is LED Light Therapy?

LED (which stands for light-emitting diode) light therapy was first invented by NASA as a way to help plants grow on shuttle missions in space. Today it’s widely used by esthetician to reverse the signs of aging. They use a variety of different red and blue light wavelengths—red for anti-aging, blue for acne treatment—to address skincare concerns. LED light boost collagen and tissue production so it’s also been shown to help with:

The Benefits of LED Light Therapy for Skincare

While it wasn’t intended as a skincare treatment, this type of therapy has been shown to have many benefits.

Safety: LEDs do not contain any ultraviolet light, which makes it a safe option to use regularly, according to the American Academy of Dermatology. They also don’t cause burns or other skin damage. Therapies like chemical peels, dermabrasion, and anti-aging laser treatments can all lead to painful and unsightly burns.

Little to no side effects: while there is a risk of some side effects, they are minor and only include a chance for inflammation, redness, or rashes after the treatment. No long-term side effects have been reported.

Quick: LED light therapy is a simple procedure and takes only about 20 to 30 minutes. Initially your esthetician may recommend treatment about once a week, but after about 10 treatments you can space that out to just come once every few months for maintenance.

Affordable: LED light therapy treatments are extremely affordable in the long run, making them one of the best options for anti-aging and acne treatments. However, since you will need frequent (probably weekly) treatments initially, the up-front cost to start LED light therapy can be higher than some other options.

LED Light Therapy Isn’t a Cure for Everything

It’s important to know that LED light therapy isn’t going to be the best option for everyone. Some people may not be able to get this treatment because of severe acne, the potential for interaction with medications, or other active skin disorders. Before you start an LED light therapy protocol, talk to your doctor and your esthetician about your medical and skin history. The results also are not guaranteed, and while it has shown promise for many people, it’s not going to be a magic bullet to solve all your skin ailments.

Call us today to schedule your consultation and discuss whether LED light therapy should be part of your skincare routine.